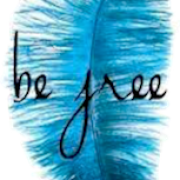 Is there an area that renders you ineffective, emotionally “stuck”, or disoriented? I found myself wandering in this manner and discovered it was similar to driving in thick fog. The situation reminds me of a passage from Isaiah.

Put on your strength, O Zion;

Put on your beautiful garments,

For the uncircumcised and the unclean

Will no longer come into you.

Shake yourself from the dust, arise,

Rid yourself of the chains around your neck,

Another translation of the last stanza states, loose the chains from your neck (KJV) . . . The call here is to step into freedom, which is already accessible. The beautiful garments, additionally are (presently) the daughter’s possession. Her strength is already known-it is a reality, yet without being accessed. For whatever reason(s), she has remained passive.

Have you ever gone into a situation knowing it would be temporary? The majority of circumstances are temporary. In fact, from an eternal perspective, everything is temporary except for the impact on others’ lives we make because the consequences create change in those affected and go on to affect others as well.

One such personal experience was when God opened a door for me. On the other side of the door was a duty, an opportunity, an assignment, and a gift (possibly gifts). I knew my appointment time and approximate duration. As time went on, I became despondent about the assignment and the ongoing nature of the duties. I felt ineffective, pressed down, yet I also contemplated extending my stay for various reasons which all seemed perfectly logical and sensical and, in fact, downright appropriate. That was the start of the real trouble for me. I found myself a bit lost and foggy. It was difficult to understand why I was so groggy. Mostly, I accounted for physical tiredness as the culprit. I was fussy and grumpy and snippy, but I have often struggled with these deficits in character.

A few weeks ago, I had a conversation with my husband. I talked about my logical conclusion of extending my assignment and he softly expressed a sincere concern for my well-being. The constant demand was already having an effect.

His comments gave me renewed clarity about my initial intention and I arrived to work without the daze and fog. I stepped on the proverbial (and yet, actual) scene to address a situation that had gone unchecked for months. Several of my colleagues had grumbled and complained and gasped at the scenario, though no one felt it was their duty, or no one was equipped to make the necessary changes.

In that instance of supernatural clarity (it could only be such as prior I too had grumbled, complained, and considered why the scenario was left openly inappropriate), I walked up to the problem, and with certainty and love, I told that problem it had all of today to remain, but it would never again cross the threshold of the campus. To be as clear as possible, I identified the consequence and walked away to follow up in writing with my expectation and commitment.

It was only after acting, did I realize how ineffective and disoriented I had been. It was only after going back to my original point of clarity and intention that I recognize the utter fog, almost stupor, I had been walking in previously.

Back to the original question; is there an area you are walking around in which renders you ineffective, emotionally “stuck”, or disoriented? I wonder if it’s time for you too to set your mind and walk in power and strength to move beyond the fog of indecision.

If you would like support traversing the fog, contact Joyful Journeys Counseling for an appointment with a trained counselor, committed to joining you on a journey to inner healing.

Thank you to MediaLoot.com for providing the photography used for this article.